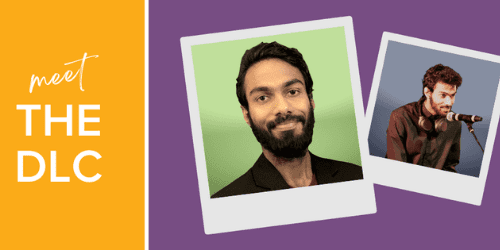 As Senior Technical Operations Analyst in the DLC’s Networked Lighting Controls (NLC) program, Bagwat Mohan has a finger on the pulse of a technology poised to catapult LED lighting efficiency to new heights. The DLC’s own research reveals that the efficiency of LED lighting increases by about 50 percent when combined with NLCs, and the US Department of Energy projects that, if its goals for connected LED lighting are met, this under-utilized solution could encompass a third of all US commercial lighting and produce energy savings worth over $10 billion in 2035.

As he manages the day-to-day business operations for the NLC Qualified Products List, Bagwat is committed to driving this change, providing technical expertise on policy development designed to accelerate market penetration of connected lighting. Arriving at the DLC in August 2018 after working as an Energy Efficiency Consultant at Eversource Energy in Massachusetts, Bagwat embraces NLCs as lighting solution capable of locking in dramatic energy savings in the C & I sector while advancing building intelligence.

When he tells his non-engineer friends that he works on NLCs, however, their reply of “sounds cool” is typically followed by “…what’s that?” No matter. Bagwat, is used to doing things that make him stand out among his peers.

First sitting down at a piano at age four, Bagwat is an accomplished keyboardist trained in Indian classical music. He began giving concerts when he was just ten and since then has performed in several US states, as well as in India, Dubai, and Malaysia.

When not playing classical keyboard and piano pieces, Bagwat’s contemporary musical tastes trend toward tunes more likely to be popular with people of his parents’ generation – songs by bands such as The Rolling Stones, Rush, and Pink Floyd that he contends represent “a golden era in music”.

“Thanks to YouTube,” he says, “I get to watch their live gigs from that period. I can only imagine what it would’ve been like to witness these artists in their prime.”

Bagwat adds that mixing music is a favorite hobby, along with “reading books on astrophysics and catching up on history and evolution documentaries from time to time…. pun intended.”

Before earning a Master’s in Energy Systems from Northeastern University in Boston, Bagwat attended Anna University in Chennai, India, where he earned his BS in Electrical and Electronics Engineering. It was while conducting an electrical energy audit during an undergraduate summer internship at a cement plant in Oman that Bagwat got his first taste of what it would be like to pursue a career revolved around energy efficiency.

Bagwat says he was drawn to the DLC by the organization’s mission to pursue energy and climate solutions and enjoys “working with likeminded and driven stakeholders in the industry to facilitate carbon footprint reduction through futuristic advanced lighting control technologies and continuous deployment of operational efficiency practices.” He calls his DLC colleagues “wildly intelligent” and is proud to be part of a small team that is “making an extraordinary impact across North America”.

On February 10, 2022 at 9:15am CST, Bagwat will speak on the panel discussion, Introduction to GEBs and Data Challenges in Networked Lighting Controls, at AESP’s Annual Conference. Register here.